The curtain is about to fall for a senior official within the Orange Democratic Movement (ODM) party, as the party leader Raila Odinga moves to make changes ahead of the 2022 elections.

Already, the former Prime Minister has began conducting massive changes within party departments, and on Thursday presided over the swearing in of new officials.

The Star reports that among his next victims is the senior director, who, sources said, has been blasting party MPs, terming himself untouchable and powerful.

The sack is expected to come as part of the looming Secretariat restructuring, which will come as a win for MPs who have been questioning the official’s competence and who have been unhappy with him. 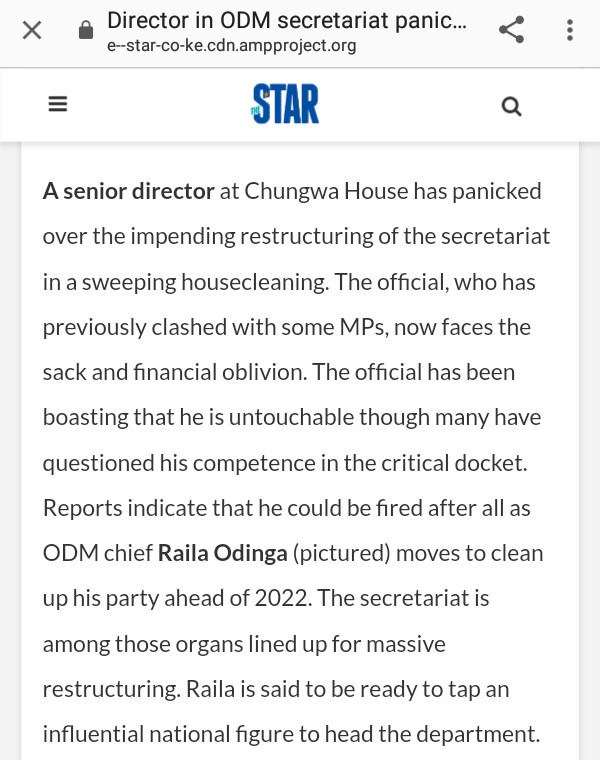 View pictures in App save up to 80% data. On Thursday, Raila presided over the swearing in of members of the new National Elections Board and the newly constituted Disciplinary Committee at the party headquarters in Lavington, Nairobi.

He used the function to announce that the proposed referendum will be held before the 2022 general poll, and not during the 2022 elections as has been proposed by others, mostly his critics.

Raila, who only recently underwent a surgery in Dubai, added that the push for constitutional changes will soon be fully back, after months of political calm. 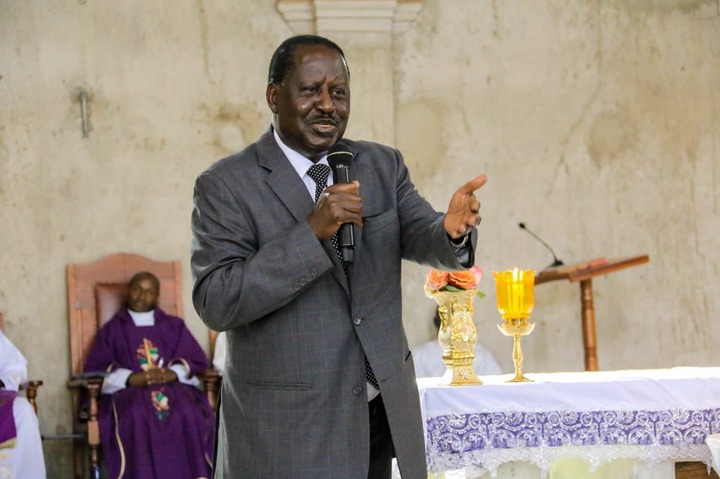 View pictures in App save up to 80% data. The changes in his party are seen as part of its attempt to regain its popularity which has been fading lately, in a bid to among others, recapture the political seats it has since lost to rivals.

You May wan to read these stories

You May wan to read these stories

View all posts by Alex